Related to This : Colonoscopy 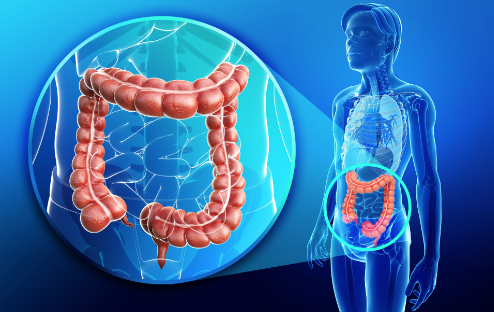 When a small cluster of cells develop on the lining of the colon, it is referred to as a colon polyp. Most of the time, colon polyps are benign. However, if left undetected, some polyps can lead to colon cancer.

A colonoscopy can help detect and identify colon polyps before they progress. Today, our team at the Colon and Rectal Specialists of New York in Long Island, NY discuss colon polyp types and explain how you can better understand the results of your colonoscopy.

Colon polyps can be classified into different histologic types. Therefore, they exhibit different characteristics when analyzed under a microscope. Understanding the different types of colon polyps is important, primarily because some are more likely to become malignant than others.

In the sections below, we will briefly discuss the different types of polyps and explore the characteristics of each one.

In most cases, the larger the polyp, the higher the risk for cancer. In addition, patients with multiple polyps (as opposed to a single polyp) are more likely to develop more in the future.

Even if the initial polyps are benign, there is still a chance that malignant polyps could grow later on.

Most adenomatous polyps are sporadic, and do not come from a genetic mutation. Even so, there is likely a hereditary factor involved.

Hyperplastic polyps are the second most common type. Fortunately, there is very minimal risk for these polyps becoming malignant.

However, it should be noted that if these polyps are found in the ascending colon, or if they appear serrated under a microscopic examination, then there is a chance for cancer.

Patients who have hyperplastic polyps are typically at a higher risk for colon cancer, even if the initial polyps are benign. This is especially true if there is a family history of the disease.

Considered a developmental error, a hamartoma is an irregular mixture of cells and tissues. Oftentimes, these polyps are discovered by chance, as they grow at the normal rate of the host tissue. These types of polyps are rarely malignant.

Juvenile polyps are hamartomatous polyps that are identified before an individual is 20 years old. Most commonly associated with rectal bleeding, juvenile polyps usually present as solitary clusters in the rectum itself.

There is a condition known as juvenile polyposis syndrome. Individuals with this disorder usually have at least five polyps present in the colon, rectum, or gastrointestinal tract. While the condition itself is not cancerous, individuals who have it are at a greater risk of developing it in the future.

Generally, inflammatory polyps occur as the result of ulcerative colitis, Crohn’s disease, or other inflammatory diseases. Typically, the risk of these polyps becoming malignant is low.

If you have recently undergone a colonoscopy that detected polyps, it is important to understand what this means for your overall health. To learn more, or to schedule a consultation with us, contact our practice online or give us a call.